Hey guys!  Christina here!!  So, last week we had yet another snow day off from school - YAY!  It started in the early morning hours and by late morning, there were huge flakes falling from the sky.  It was so pretty!  Most of our teachers posted 'snow work' on their web pages so everyone spent the morning doing that.  Cindy and I finally got ours done by late afternoon and had to hurry to get outside before the sun went down.  We both put on our snow suits, snow boots and hats as quickly as possible. Then, we headed downstairs to the laundry room to get the sled and get Coconut and Salsa ready to go with us.  Both doggies love to go for a sleigh ride in the snow!  Soooooo, out we went! 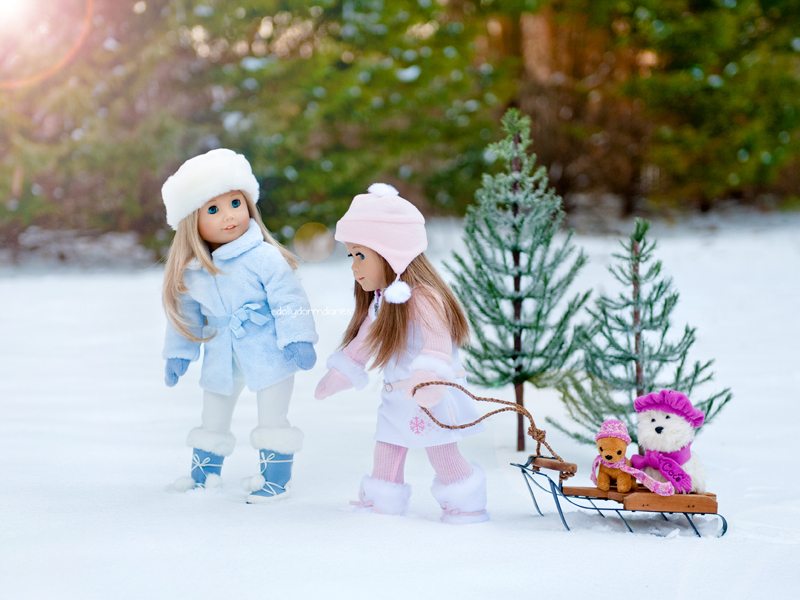 It was so quiet as we walked through the snow.  Everybody else had already been out and were back in for the day.  It was actually kinda nice since Cindy and I have been so busy recently that we haven't had much time to spend together - just us two.  We talked about school and how we haven't had a regular full week since Christmas because of either holidays or snow days.  It's crazy!  Then we just talked about all kinds of other stuff that sisters talk about.....it was really fun. 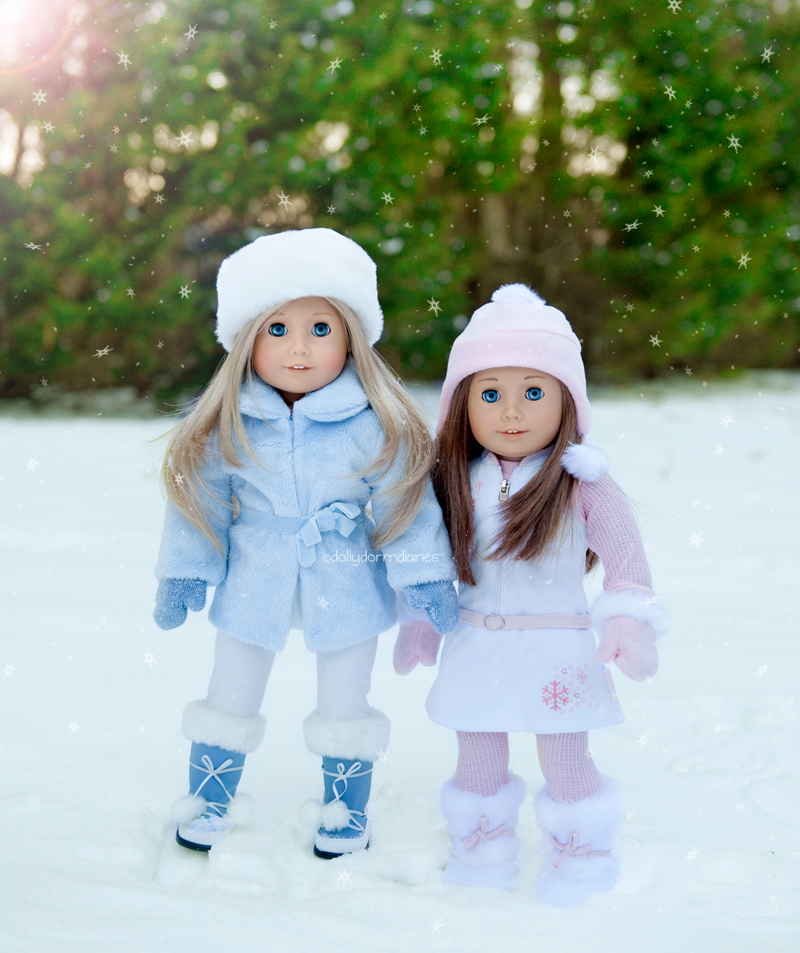 After pulling Coco and Salsa around for a little bit, Cindy had the idea that she wanted to make a snow angel so she could post it to Instagram.  She wanted it to be perfect so she asked me to help her lay down so her feet didn't mess up the bottom of her angel.  Of course, I agreed and held her hands tightly while she first lowered herself into a sitting position and then laid all the way down in a patch of snow that no one had walked through.  I was excited to see if she could do it and not mess it up getting back up. If so, it was gonna be super cute! 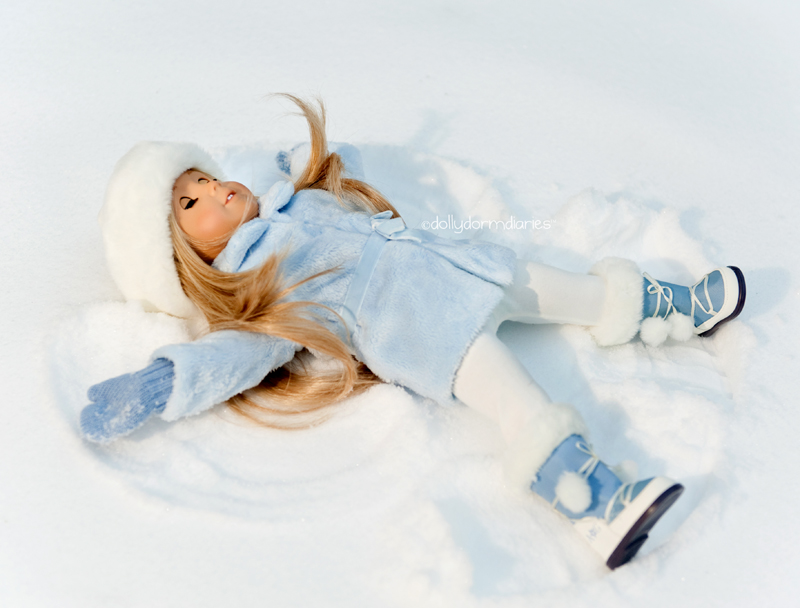 While Cindy was flat on her back with her eyes closed, I had an idea.....a "Crazy Christina" idea!  When Cindy wasn't looking, I reached down and drew a halo in the snow above her head.....hee hee, she didn't even see me do it and totally had no idea it had appeared until she got up from the snow!!! 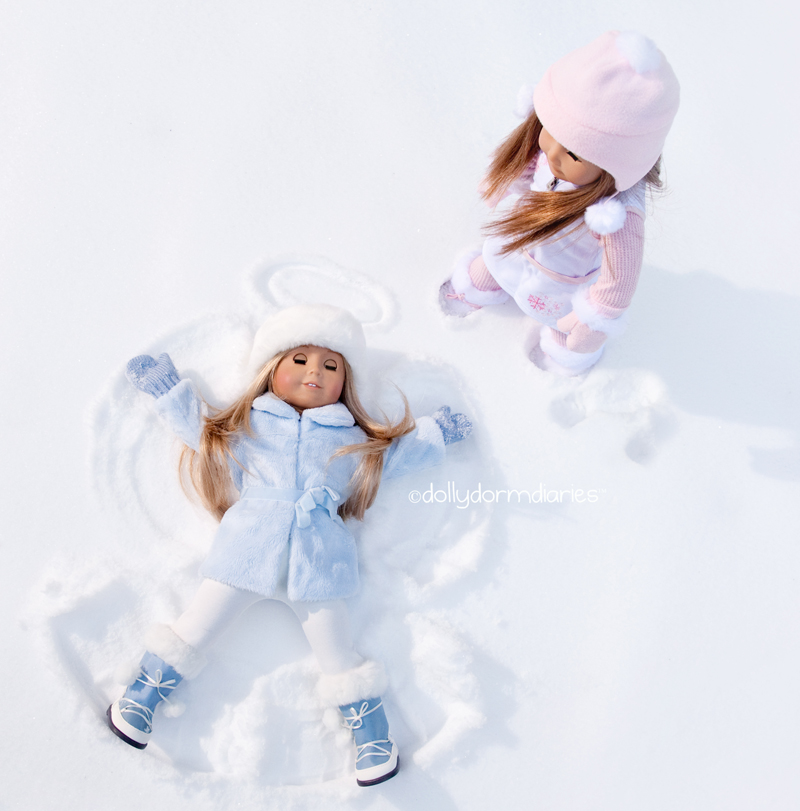 I helped Cindy get up so that she didn't deform her angel.  She looked down at her handiwork and then her eyes fell on her new 'angelic topping', lol!  She looked right at me with that "what did you do?" look.  To which I gave her that "Who me?" look!  Then, she giggled and exclaimed that it was "the perfect finishing touch" to her creation.  Good thing cause it was headed to Instagram either way! 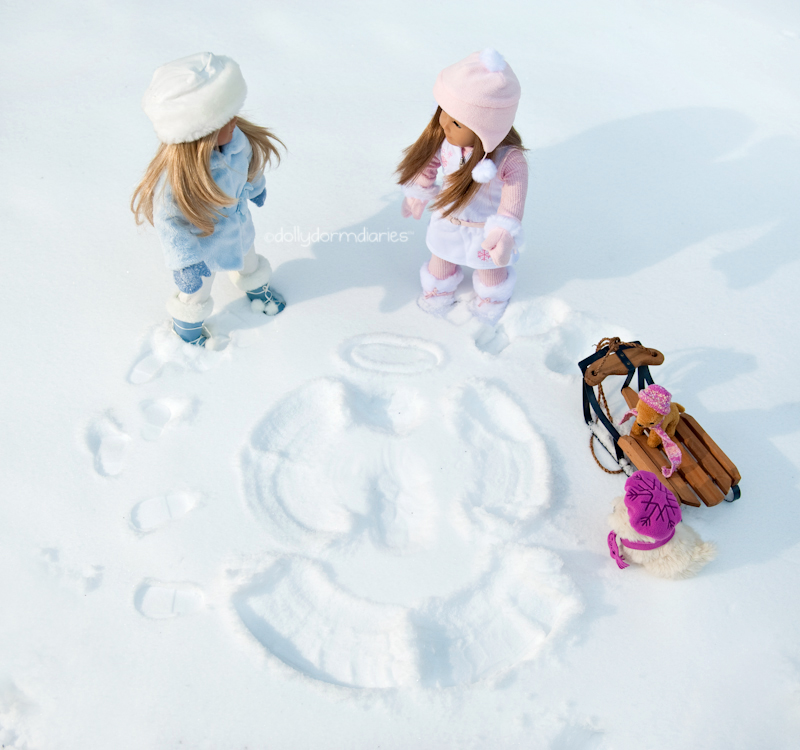 We pulled the doggies around on the sled a bit longer.  Salsa refused to get off and get into the snow but I really couldn't blame her.  I mean, my feet were cold and I had big, furry boots on.  We don't have those little doggie booties for her so her little feet would have been frozen stiff in seconds.  Cindy was able to get Coco off and into the snow.  Coco had a grand time bouncing around in it and trying to catch the snowballs Cindy threw.  That was sooooo funny!  Coco would run and try to bite the 'ball' and it would simply crush in her mouth.....poor girl was completely confused, lol!  Cindy and I decided it was a good thing that we put a hat and scarf on her or we would have lost her in all the white snow!  All though, it might have been fun to hunt for two beady little black eyes in the snow! 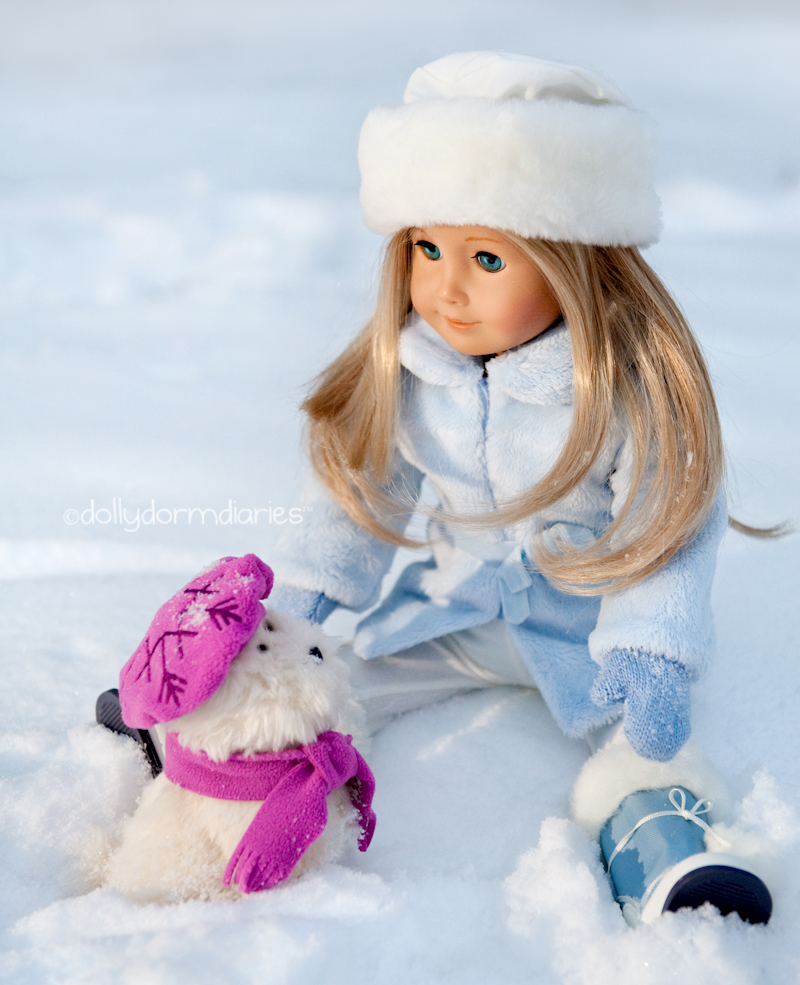 Finally, we were all starting to loose feeling in our hands, feet and the tips of our noses and then noticed poor itty bitty Salsa was shivering herself silly.  So, we decided to head back inside for some hot chocolate. 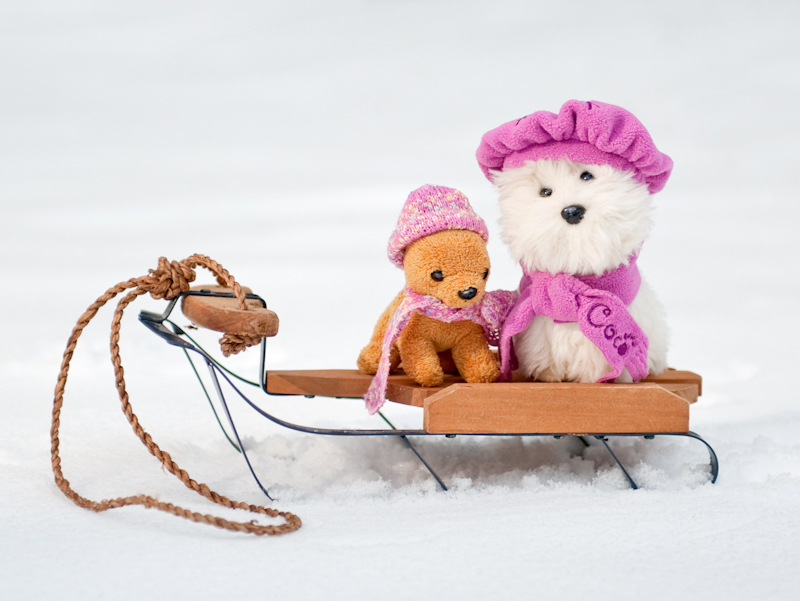 With more snow predicted this week, I think we'll get yet another chance to enjoy the snow - after we do the dreaded 'snow work'!

What about you guys?  Have you missed a lot of school because of snow too?  If so, tell us how many you've missed in the comment section!  ~Christina ♫

Both Cindy and Christina's snow outfits are by American Girl®
The doggie sled was an eBay find.

Thank you for your comment! :) It will show up after moderation.